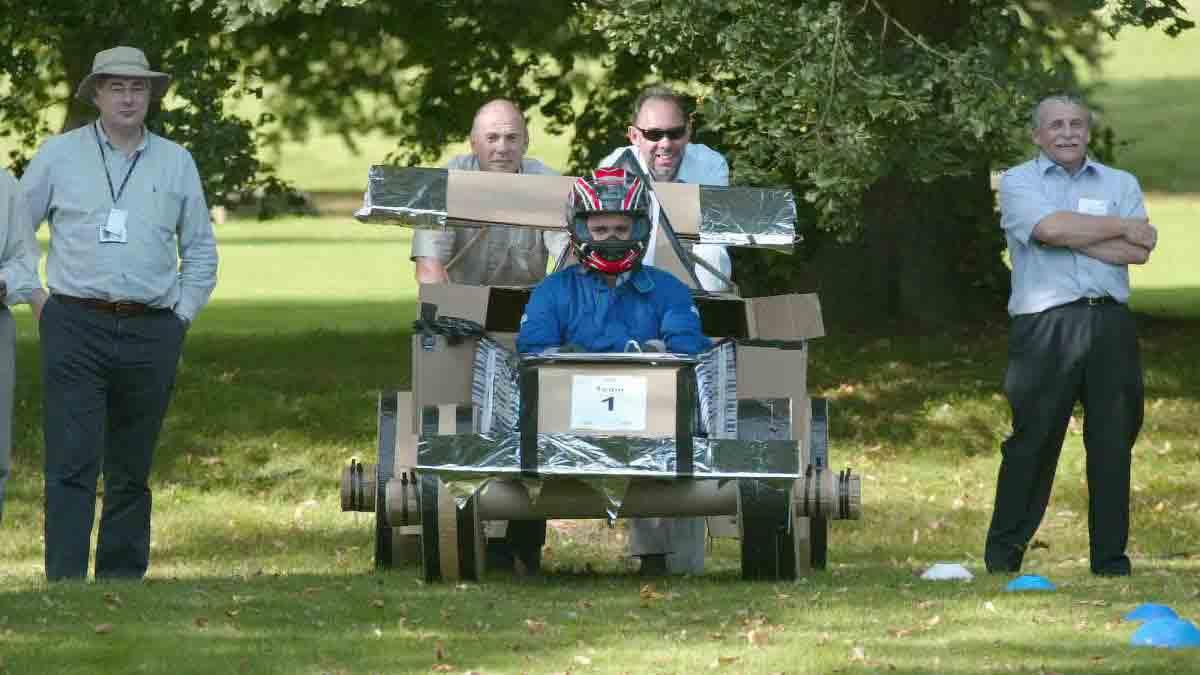 Related program: Flat Out Formula One

With the Bridgestone F1 racing car parked at the school for added inspiration, teams worked to create their own Flat Out F1 versions from cardboard by following our bespoke 'blueprints for success'.

Emphasising the importance of teamwork, each participant had a rewarding role to play; whether they wanted to build, design, decorate or crew the car, students learnt to recognise the value of each team member’s contribution.

Testing their skills in commitment, resource allocation and quality control, 160 students raced to build a Formula One racing car that could win the Repton Grand Prix. Complete with pit-stop challenges, the atmosphere was highly charged come race time.

Prior to race day students were also tasked with sourcing corporate sponsorships and donations for their nominated charities. Among the list of contributors were Bridgestone, MBC Group, Du, Mars, House of Portier Racing, Homemakers UAE and Pet’s Delight.

Students raised an unbelievable Dh30,000 for their beneficiaries which included the Make A Wish Foundation UAE, Quicken Trust, K9 Friends, Music for Hope and Annos Africa, Cancer Research and The Manila Charity.

What was the atmosphere like after students realised they would be building their own make-shift F1 car?

The students knew the concept before the day, as they were responsible for selling advertising space on the F1 vehicles and team sponsorship for their charities. However, they didn’t realise the size of the task. Once we introduced the event, with 17 teams eager to get started, there was a lot of nervous energy accompanying the realisation that this was going to be a complex challenge.

What did the students learn?

First, the power of persuasion: the students were going to have to work hard to convince sponsors to support their charities. Second, the critical element of using all the team’s resources and energy. With everyone busy for three hours to make sure the F1 cars were ready for the race, they had to manage quality and tight deadlines at the same time. Lastly, the importance of planning their tactics for the race. The winning team used the practice time well, and rehearsed the basics, some of the other teams left it to chance.

What was the process of putting together the car actually like?

The teams received eight blueprints with parts of the Flat Out Cars on each blueprint. They had to transpose these to large five ply card, making sure all the measurements were accurate and then cut out these parts. These were assembled in a series of detailed steps. They then had to decorate and brand their car. It took discipline and commitment, and the students were very diligent and took the activity seriously, whist still having great fun.

What is the importance of team building in a diverse country like the UAE?

Team building helps improve communication, bridge cultural barriers and create common goals. In the current business climate, getting the maximum out of employees in companies is key, and effective team building programs are one way to enhance their people’s performance. For the Future Leaders in Repton School, this was a lesson in achieving what looks impossible, as long as they all worked hard together! 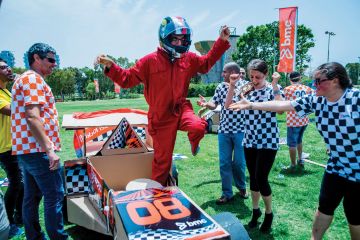 Flat Out Formula One

Bank of New Zealand incorporate “The Situation Room” experiential learning based business simulation, into a recent assessment centre as part of their internal recruitment process.